Our last day here so took a trip around the shops by the beach.  Not entirely tourist tat given a general lack of inflatable crocodiles, fans on sticks that spin around in the wind, and not too bad prices.  We were almost tempted to spend some money here… perhaps next time (and next time might not be too far in the future).  Different campsite next time, though, since the 15 Euros a night did not include electricity and one nearer the beach had similarly big pitches and was 17 Euros including 10 amp electric. 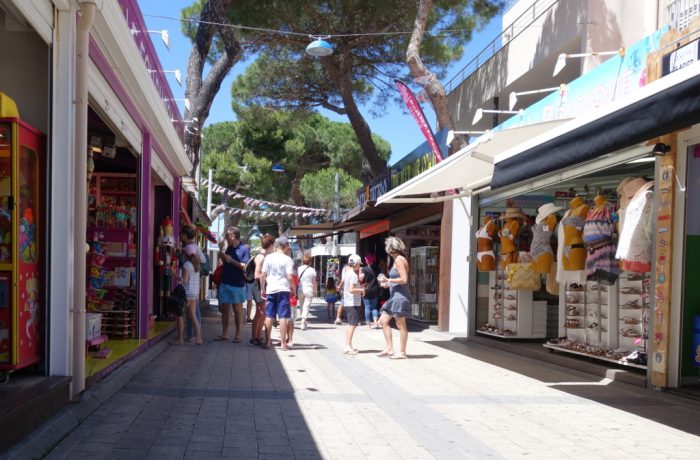 Protobello Road? No thanks, beam me here