Went for a wander round Honfleur, another place full of tourists but not really selling that much tourist tat.  In fact some of the stuff on sale here does not have prices on, so not affordable by the likes of us.  Here is a cow trying to entice us into buying some of the local produce: 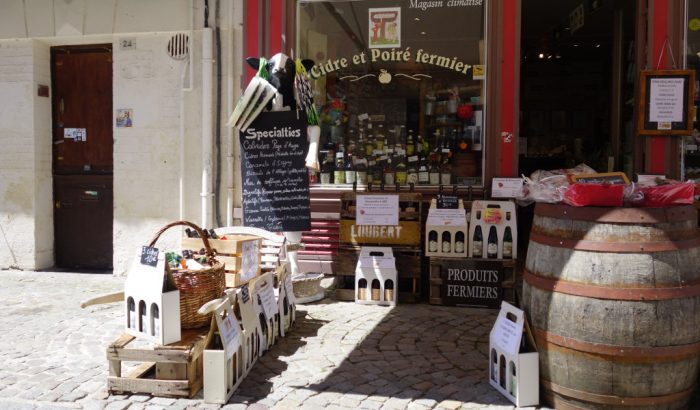 I’m just a cow, why have I been roped into this?

On the subject of cows, there was much mooing from the cows in the field next door to the campsite.  Much more mooing than anybody would reasonably expect from a field full of cows.  Then last night the fields fell silent.  Were the cows aware of their fate?  Poor cows what a shame we thought, as we sank our teeth into our cheeseburgers. 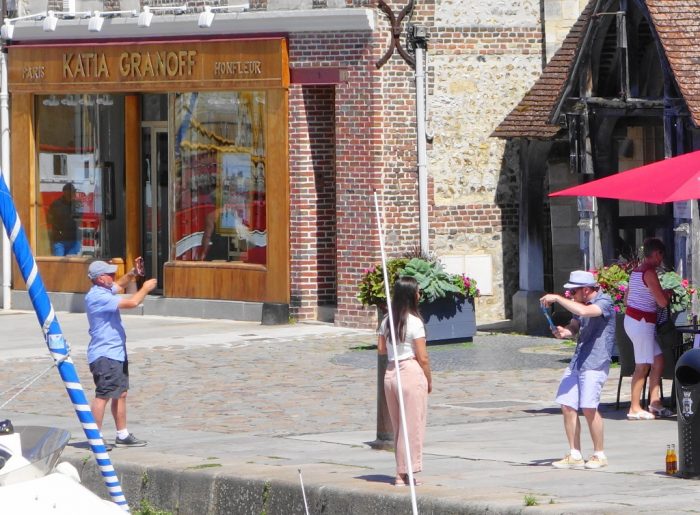 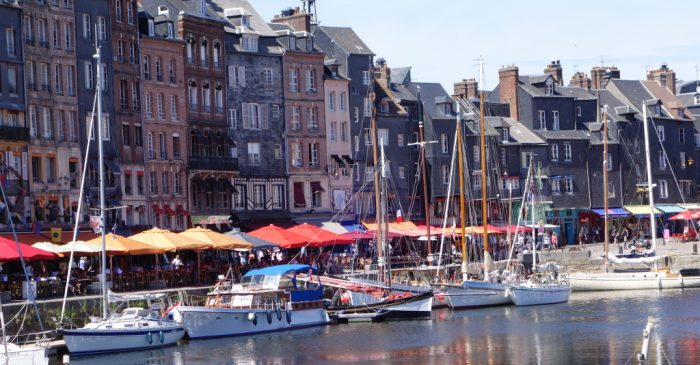 Reminds me of Leith

This is Pierre Berthelot, one of many local celebrities whose busts are on display in the Busts of local well known characters.  This poor chap was a sailor, cartographer and navigator who gave it all up to become a monk.  Later, working for the Portuguese, the Dutch took exception to his activities and saw to it that he was tortured and murdered. 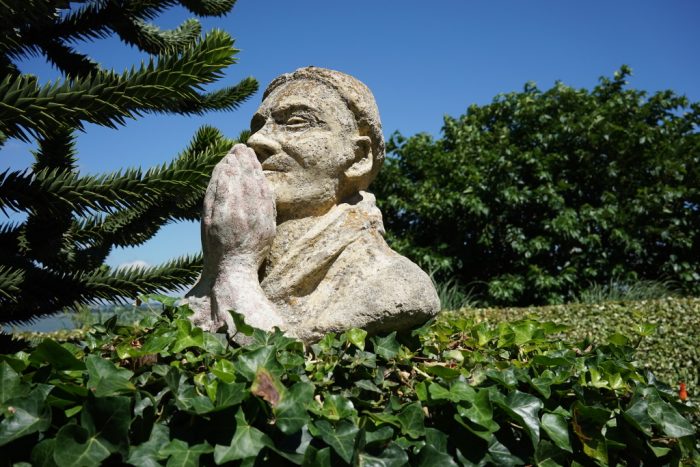 Here is a big boat sailing past Honfleur:

A boat. Makes a change from a farmyard animal

The bridge in the background is the Pont de Normandie.  We have been over this a few times but it still looks a bit scary on the approach as it goes way up in the air.

We are off from here on Tuesday and need to be a bit careful since Friday is a national holiday, and Saturday and Sunday will be mad as usual.  We need to stock up on food and drink to keep us going into the next week.  This is a nice campsite where we have been before and will be again, but the wi-fi falls apart in the early evening and doesn’t seem to get better until morning.