Finally the weather has turned nice again – a nice breeze has replaced the gales and the sun seems warm again.  We went round the castle next door – Château de Tarascon.  This is an impressive middle age structure, inhabited by various French toffs before it eventually became a prison.  The locals eventually started to restore it in the 19th century before it ceased to be a prison in the early 20th century. 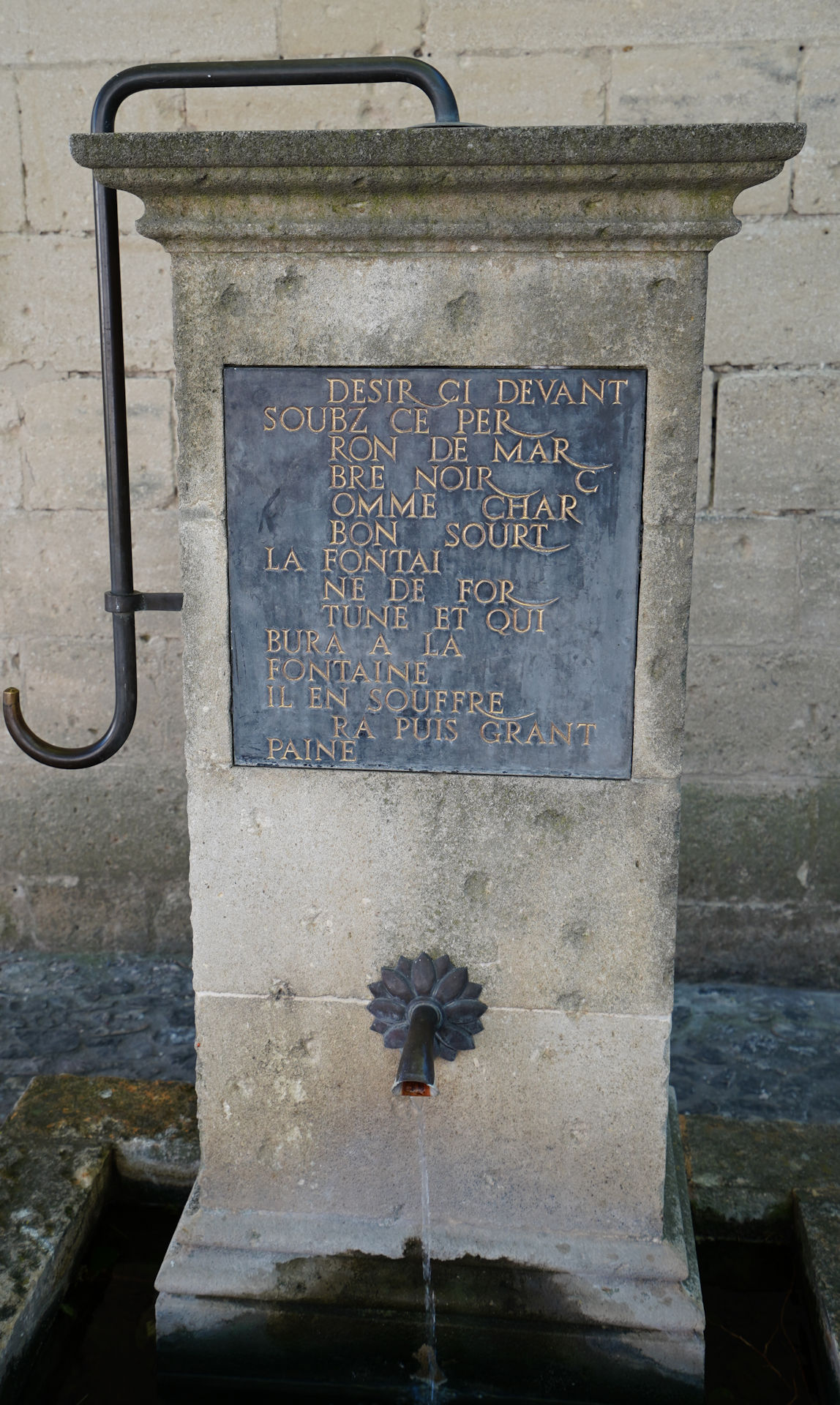 Fountain of Fortune – we could be doing with this 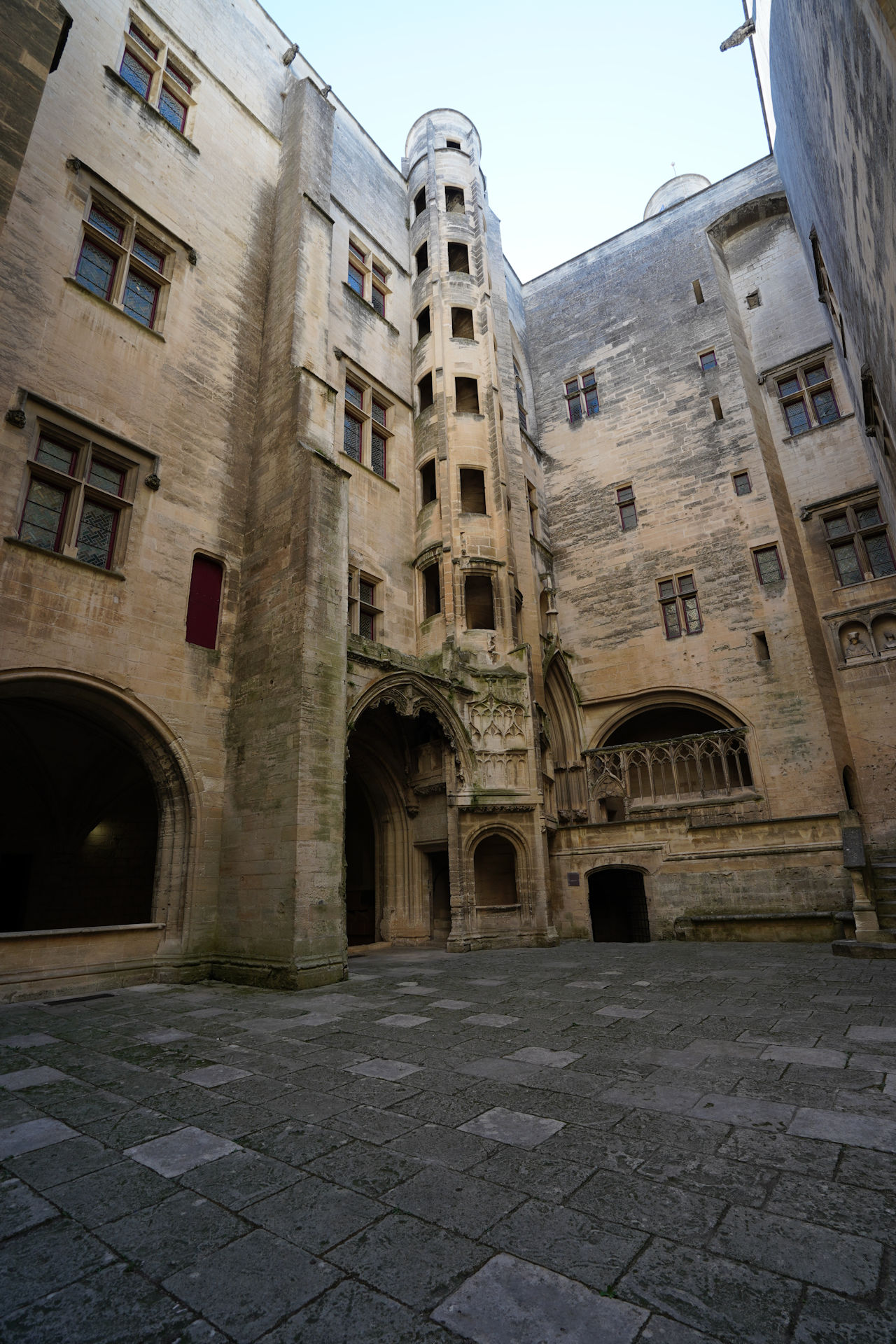 Looks like there could be a few stairs to climb 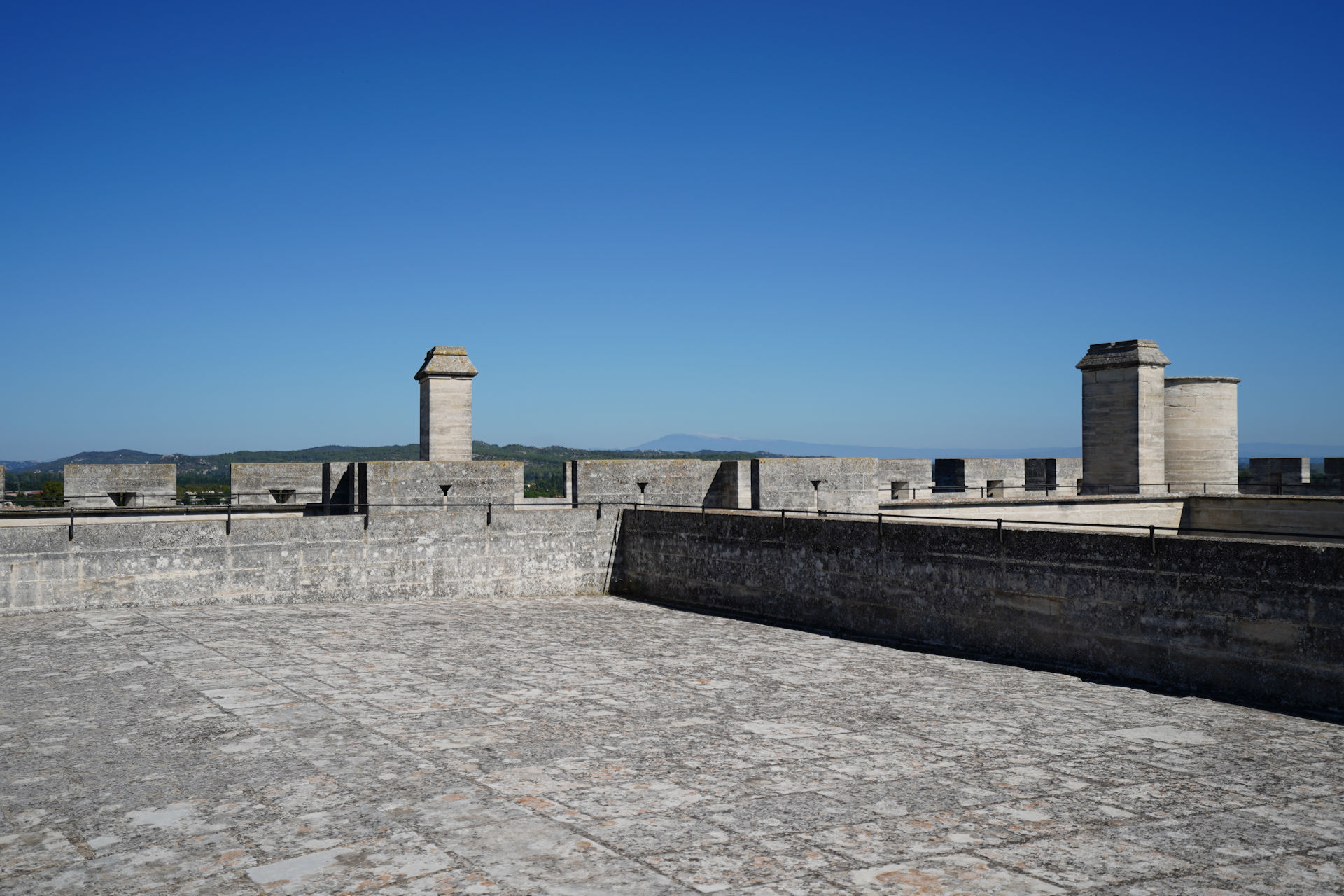 On the roof with mountains in the distance

On the way up we got to see a mural of The Tarasque, a local beast of folklore, half dragon, half bear, half ox, and half turtle and half scorpion.  Those are too many halves to make a whole, but there seems to some confusion locally about the relative proportions of the components.  Eventually, it came a cropper at the hands of the villagers following the intervention of some young woman, and now there are images of it all over the place.  Here it is: 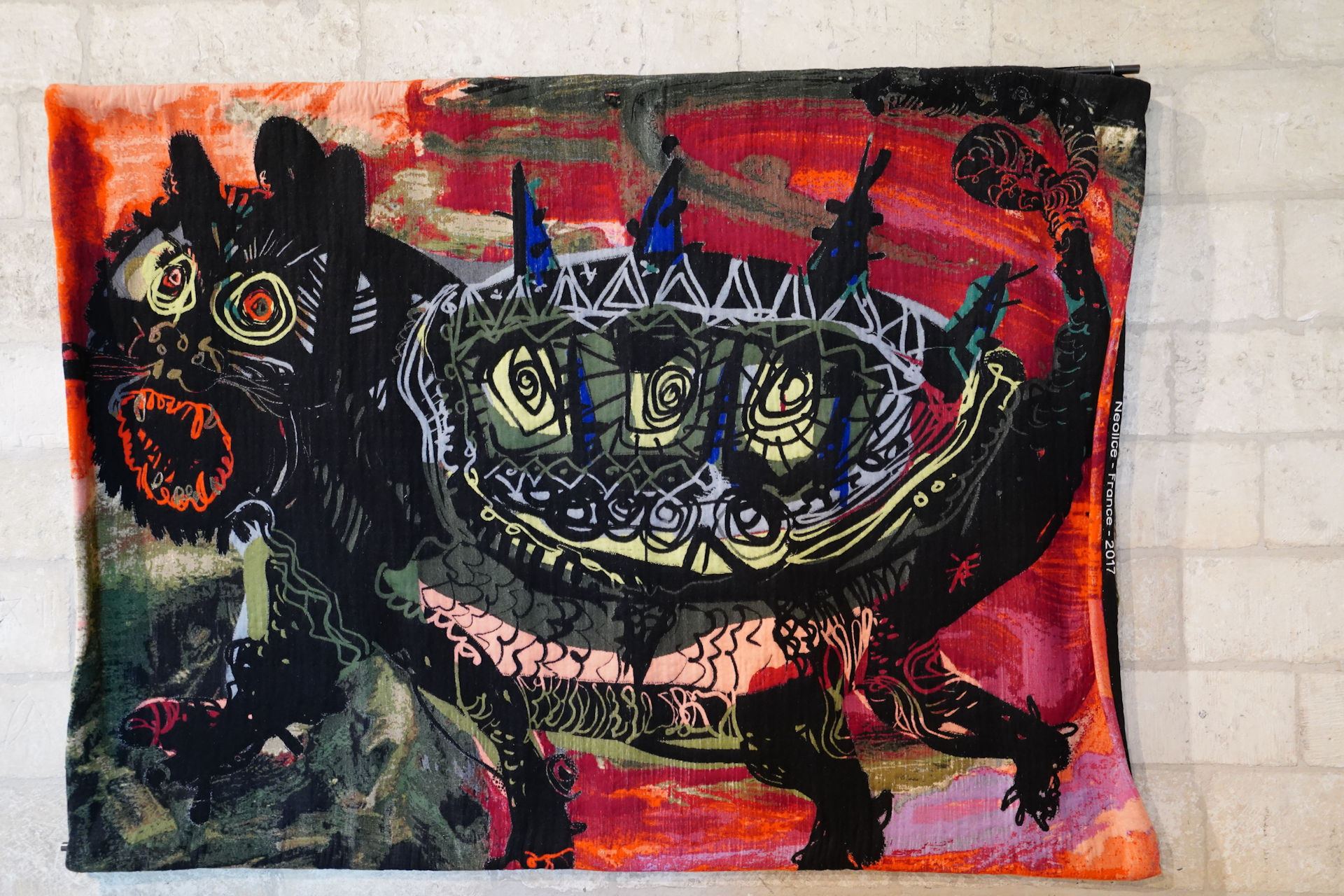 The above is an artwork by M. Chirstain Lacroix.  We think this is also the Tarasque: 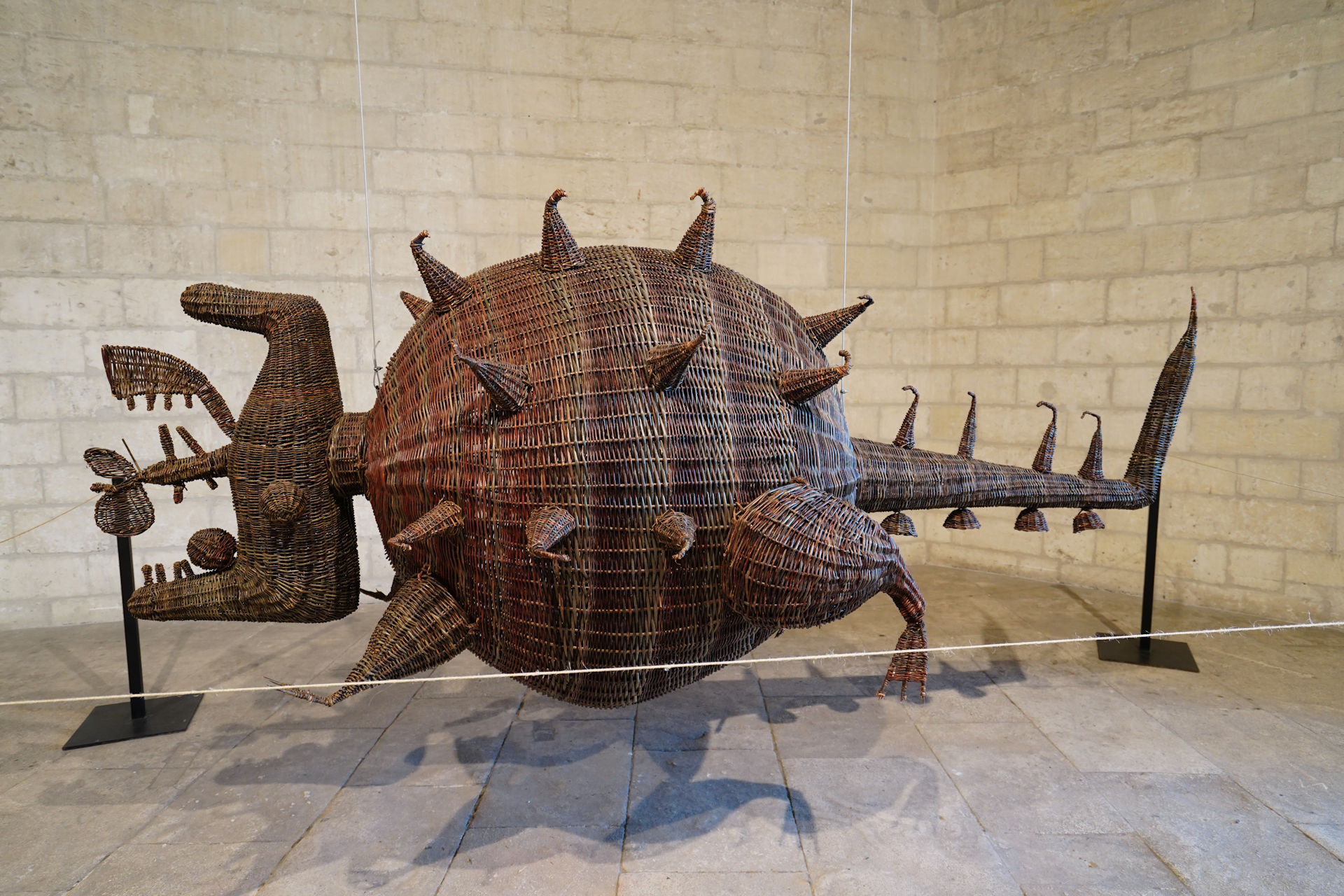 We can make out the tail, body, head and teeth, but what is that in its mouth?

There were some other strange things on display, like this unfortunate chap: 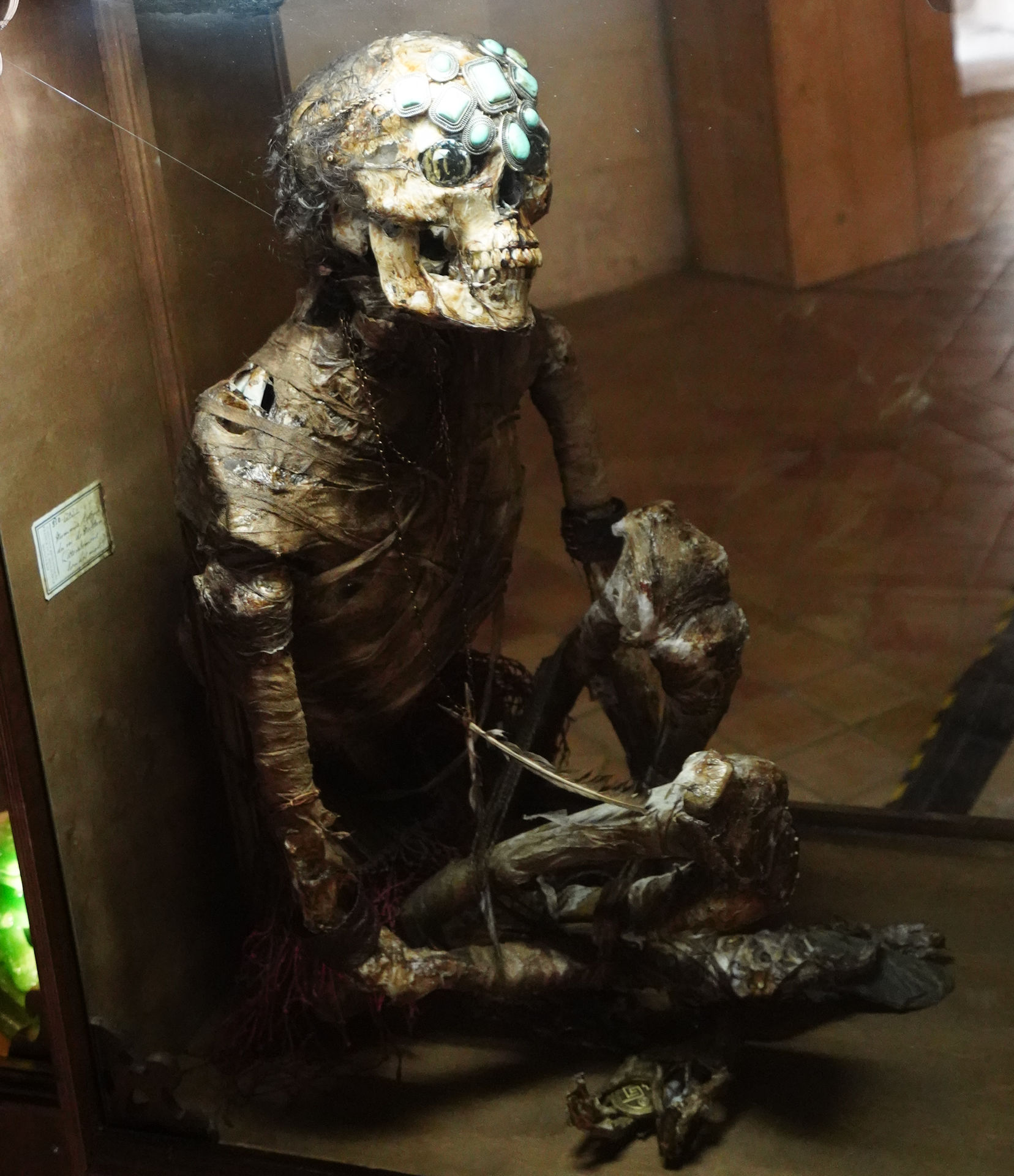 Wasn’t he in Quatermass and the Pit?

Bye the time we left we realised we spent three hours wandering around this place.  Decent value for money.