Three days of rain so we we decide to move on.  The weather madness is apparently something to do with some nonsense going on in the Bay of Biscay, so maybe moving east will bring some relief.  So off we go to Gien:

Neuvy-sur-Barangeon  has to be one of the most unpleasant places to drive through ever – mad chicanes, lorries in the middle of the road and all sorts.  Come on, France, build it a bypass!  Sat Nav then took us on the D30 (no lorries but rubbish road) rather than the D926 (lorries but better road) because it was less far.  Next time we do the D926,  Eventually we get to Gien and go for a walk. 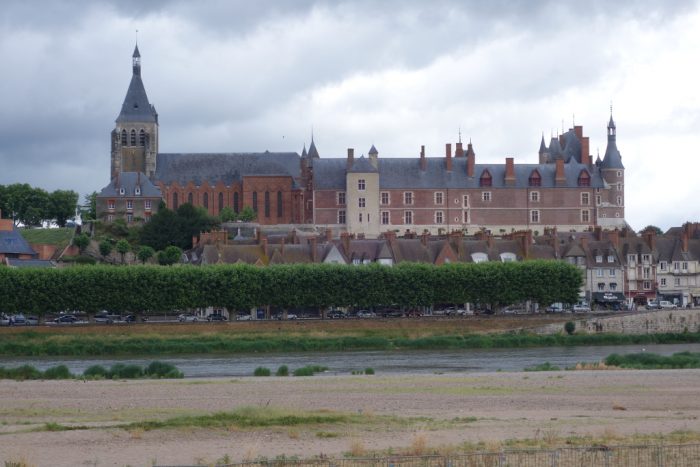 Five minutes later it was pouring with rain and we were drenched.

Last day in June, central France, all the windows are shut and the heating is on.  Not too good.