Plan was to go to Dorset, maybe Minehead since we don’t see the sea often these days and the weather is still ok.  Plan stuffed by the fuel shortages with the crisis still in full flow.  Tewksbury seemed like a good idea, since it is only 100 miles away,  more or less on the way home and has shops and good public transport links.  We still have a possibility of moving somewhere else afterwards should the crisis abate.  Every petrol station we passed on the way had queues or was deserted, and none had any diesel.  Load of cars going into every motorway services.

Day one was very pleasant – sunshine and people sitting out even though it could hardly be described as warm.  Here is the abbey bathed in sunlight: 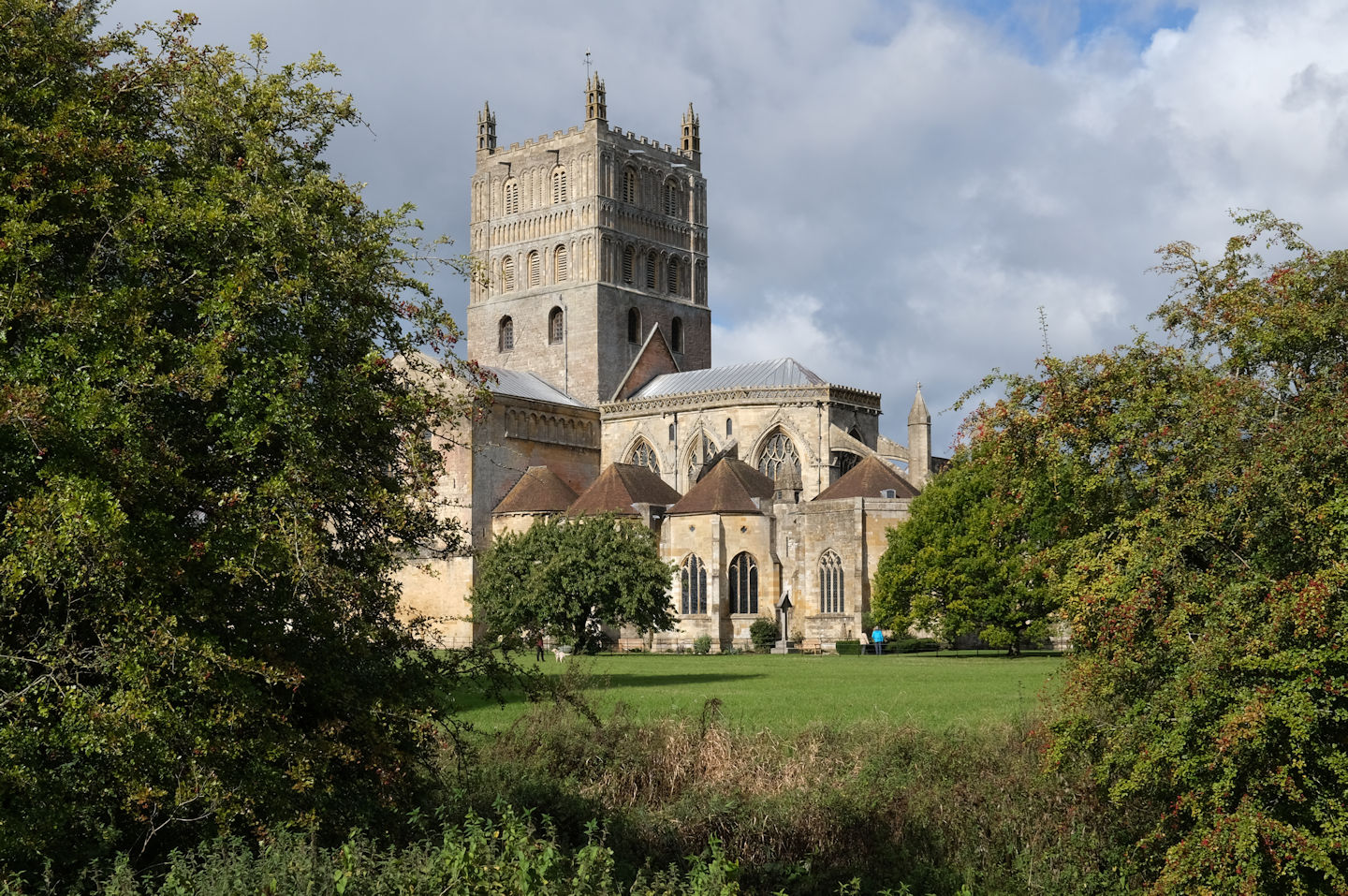 Day two rained cats and dogs all day.  Not going out in that, so no wine and still no fuel.

Day three and very cold out.  Got the bus to Cheltenham which took longer than expected,  The bus passed many petrol stations, all of them with queues to get in and yellow tags on the diesel pumps saying “not is use”.  Cheltenham was freezing and not much fun, but at least we got to see a half-man half-bull person: 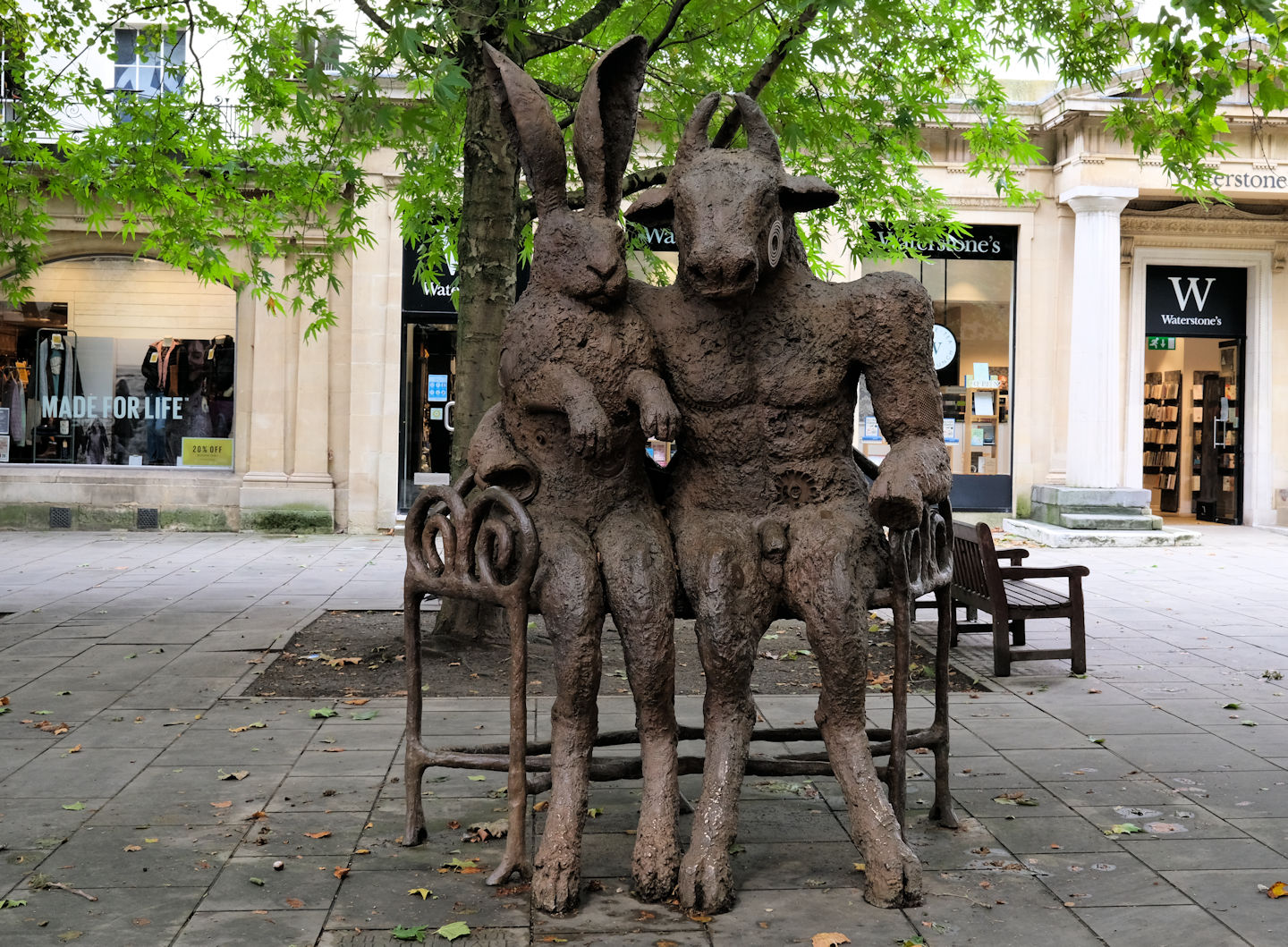 The Minotaur and the Hare

We did not intend to go home this early, but the fuel situation is hopeless.  Home is a couple of hours away from here and we have enough diesel to get there – just.  Meanwhile, government ministers rant on about there being plenty of fuel at the refineries, so no crisis.  My arse – if it can’t get to the pumps, I can’t put it in my tank, so their words are as empty as the petrol stations.  And idiot in chief, I mean Chief Secretary to the Treasury, says that the shortage of lorry drivers (which is causing all of this) is nothing to do with brexit.  Really?  That was a waste of an expensive and elaborate education.  Muppets.