No point moving west (not enough time for Spain) or north (just been there) so we are moving east along the south coast.  While looking on the internet for supermarkets on the way to Frontignan Plage we found a couple of municipal sites in Balaruc-les-Bains.  Having been turned away from the discount card campsite in Frontignan Plage twice before in previous years, we went for Baraluc-les-Bains.

The Carrefour off the D600 is huge and had lots of nice looking fish, so we bought some.  We also bought some wine because we liked the label and bottle: 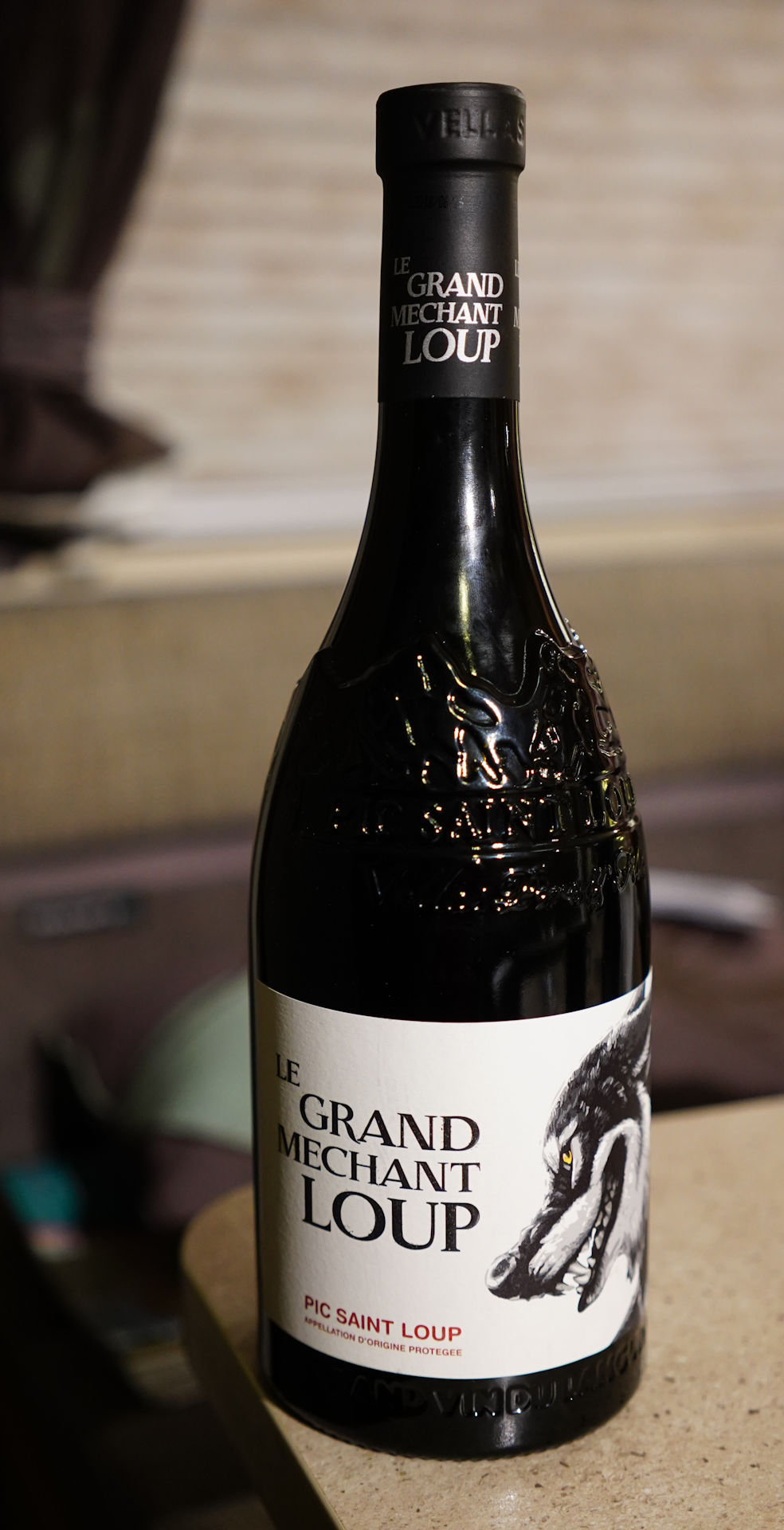 On inspecting the till receipt later, it turned out to have cost 15 Euros.  Oops.

For the first time ever, we appear to be not just the only British on a campsite, but also the only people who are not French. What’s more, this place is almost full, even at the end of September. We wandered off and found the other municipal site in town, which is even more packed.

The town itself is pleasant and relaxed being much less tourist orientated than Argelès-sur-Mer.  It is on the Étang de Thau, same as Mèze where we stopped on our three month trip last year.  Both this campsite and town are nicer. 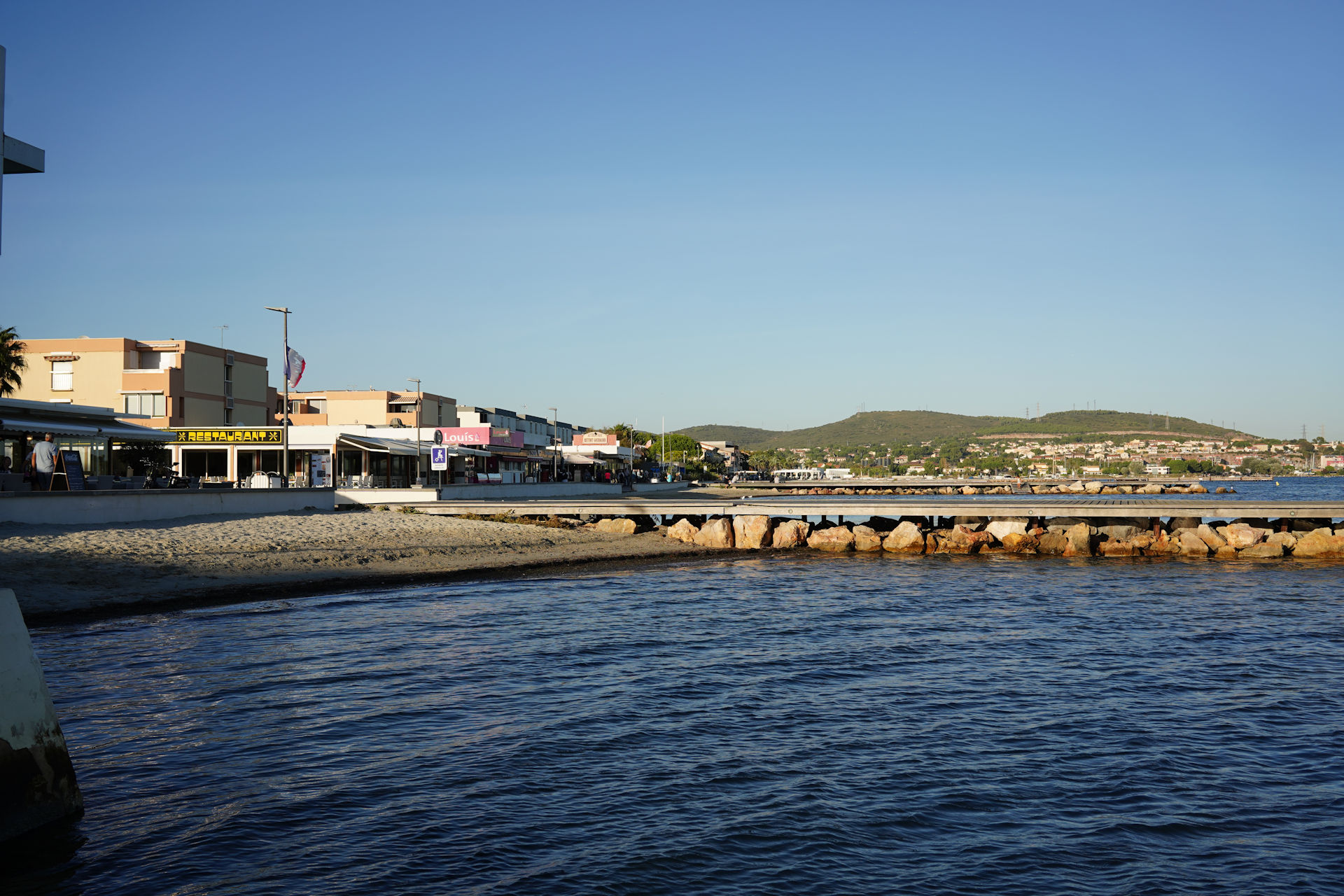 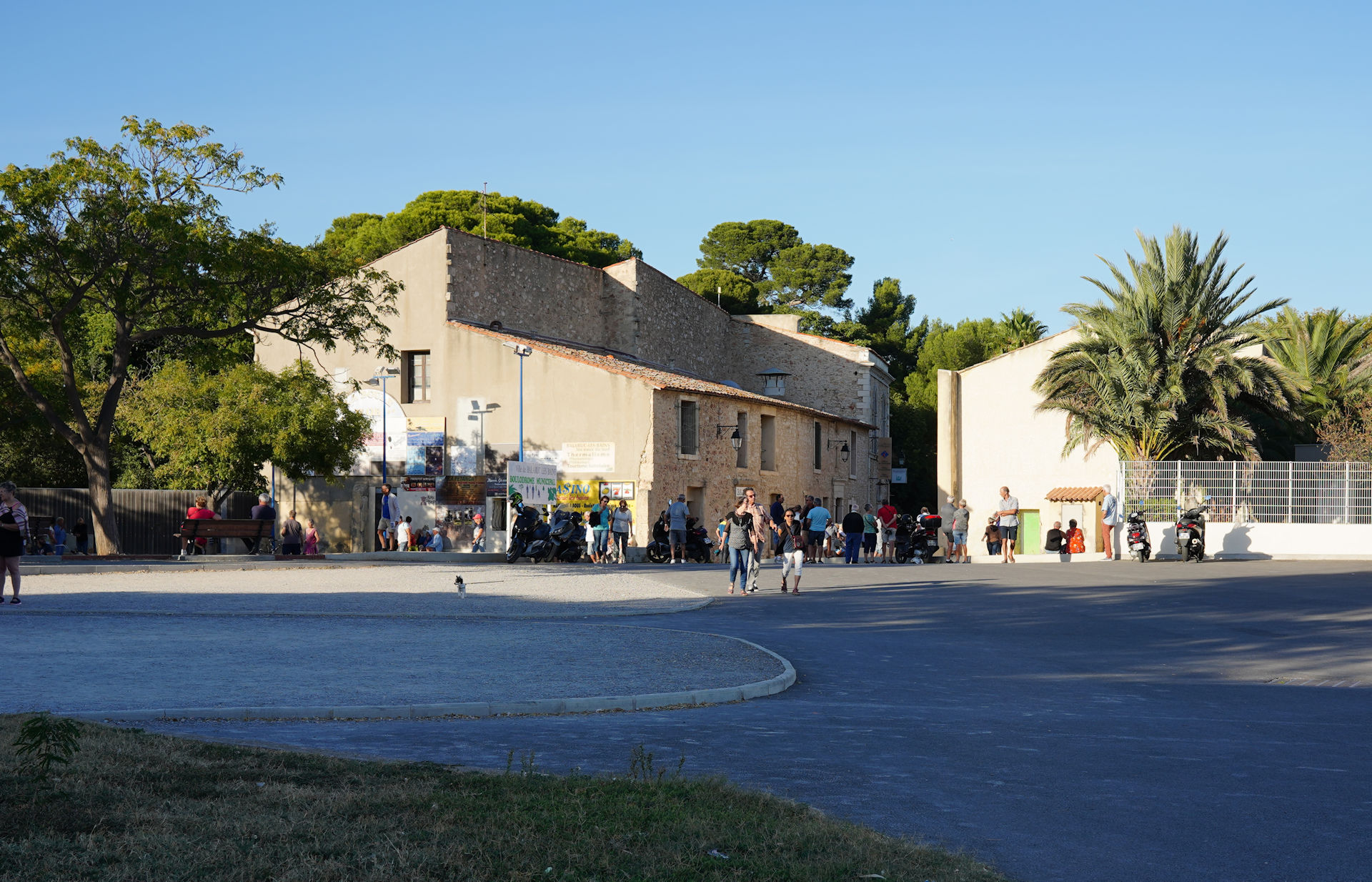 Locals out enjoying themselves